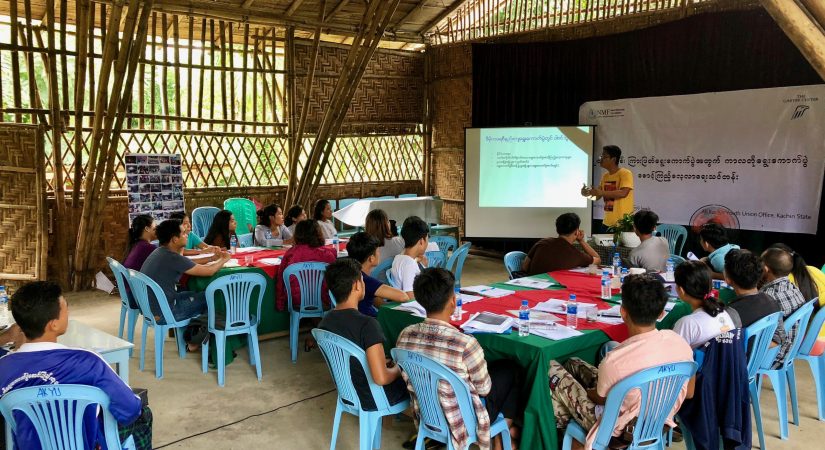 As in South Korea in April 2020, Myanmar will hold its election under conditions caused by the pandemic. Meaning also, that foreigners only have a very restricted right of entry into Myanmar. Currently, the country struggles even more than its neighbours in the ASEAN-region.

The European Union has almost totally stopped its monitoring plan to check on the elections in the country.

The Union Election Commission accredited two international organizations with the observation of the upcoming election on November 8th.

Firstly, there is the Asian Network for Free Elections (ANFREL), established in 1997, headquartered in Bangkok. It is preparing its local deligates in Myanmar with webinars for their tasks at the polling stations. The network will have long-term and short-term observers in each state and region.

Secondly, the U.S.-based Carter Center in Atlanta, Georgia, which also will check on the electoral procedures. Main question for both organizations: Will the election in Myanmar be in line with international standards? The Center, founded in 1982 and bestowed with the Nobel Prize for Peace in 2002, recruited and accredited Burmese cititzens to become its long-term election observers. Those observers have also been trained in virtual monitoring techniques. Ironically, this year the Carter Center has shifted its focus of attention to the U.S. presidential election eventually being held under “lack of public trust, racial/ethnic divisions, and probably injustice”. These are the check-points of any electoral observation mission.

In Myanmar, the election is already categorized as „judgment day“ for Daw Aung San Suu Kyi and the National League of Democracy’s performance during the last five years. How much progress has been made? What went wrong? What will be the future expectations and developments?

Analysts from the United Nations focus on three main issues Myanmar will have to deal with in the next governmental period: the ethnic armed conflict, the increasingly more complex situation in Rakhine, and Covid-19.